Health Benefits of Honey and Cinnamon 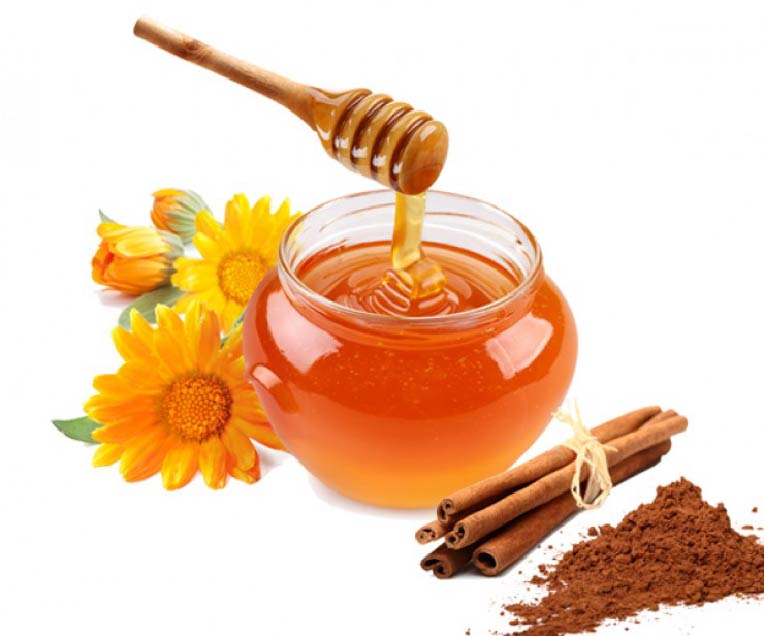 Cinnamon and honey are the two staples that can be found in almost every kitchen shelf. You often top off your salads, snacks, breakfast meals and many recipes with these kitchen ingredients to make your dish more delicious and also healthy. Both of these behold a lot of nutritional benefits. Let us discuss them one by one.
Honey: Honey is a good source of natural sugars. The vitamin content of honey includes B6, niacin, thiamine, pantothenic acid, riboflavin, and a variety of other amino acids. It is also rich in a variety of minerals like iron, calcium, copper, potassium, manganese, magnesium, zinc and sodium.
Cinnamon: This sweet spice is known for its anti-oxidant, anti-diabetic, anti-septic, anti-inflammatory, carminative and anti-flatulent properties. This spice is an excellent source of manganese, iron, calcium, fiber, potassium, zinc, and magnesium. Little amounts of vitamin A and vitamin K are also present in cinnamon.
Because of these nutrient contents, honey and cinnamon are considered for numerous health issues. These include:
• Immunity: a mixture of honey and cinnamon is very beneficial for the immune system of a person. It enhances the immunity and knocks out fatigue. With a strong immunity, we can fight a variety of ailments like flu, viral infections, cold, sore throat and many other such illnesses. The antioxidant properties of both honey and cinnamon help to eradicate the free radicals in the body.
• Control diabetes: the effect of flavonoids contained in cinnamon almost equates to that of insulin levels, which encourages the sugar from the blood stream into the cells where it is required as energy for their proper functioning. Honey provides a natural source of energy that does not cause much fluctuation in blood sugar levels. A combination of these two hence controls and even improves diabetes.
• Lose weight: cinnamon boosts the metabolism while honey provides natural sugars that are required by the body in the form of energy. A combination of these two in warm water is a great weight loss tool.
• Cancer: the phytochemicals contained in honey along with the anti-tumor properties of cinnamon are found to be helpful in resisting the spread of cancers. Certain acids of honey also help in combating the cancerous materials in the body.
• Prevents itching: a paste made of a mixture of one spoon of honey to two spoons of water with one teaspoon of cinnamon can be applied on the itching body part to make any itching go away within minutes.
• Skin care: a mixture of these two ingredients is also beneficial to cure plenty of skin problems like rashes, pimples and a variety of skin infections. The anti-inflammatory, antiseptic, and antioxidant property of these two, works wonders for almost all skin problems.
• Reduce arthritis: honey and cinnamon is beneficial for those suffering with arthritis. Simply drink a mixture of two spoons of honey and a teaspoon of ground cinnamon in a cup of hot water two times a day. This will help in reducing the pain of arthritis and if consumed regularly, the arthritis may also be cured.