Air is important to life. You may live for a few days without food or maybe even water, but it is impossible to survive a minute or two without air. Oxygen is essential and is needed for the process of combustion taking place in the different cells of the body. We obtain oxygen from the air. When we inhale, oxygen from the air dissolves in the blood and flow through the fine capillaries in the lungs and is then carried to every cell in the body. The end product of combustion and other processes taking place in the cells are carbon dioxide and other toxic substances that are made in the cells. Carbon dioxide breaks down in the blood. When this unfiltered blood carrying carbon dioxide gets to the lungs, carbon dioxide is released into the air in the lungs and exhaled. 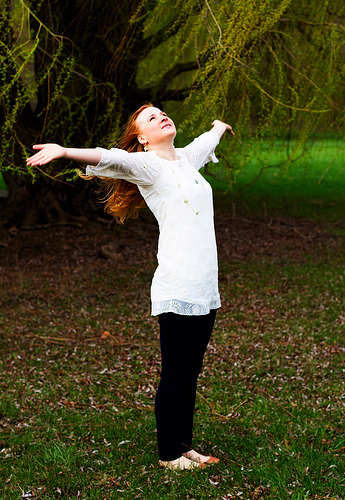 When we inhale, oxygen in the air enters the lungs and dissolves in the blood. When we exhale, carbon dioxide formed in the body is expelled. The blood gets filtered in the lungs. This basic information shows the importance of deep breathing. The main source of oxygen on earth is vegetation such as trees, green plants, and shrubs. For their nutrition and growth plants take carbon dioxide from the air, and release oxygen into the air. The amount of oxygen in the atmosphere is somewhat greater in areas with a lot of greenery. On the other hand, highly populated and industrial areas are more deficient in oxygen and polluted. The destruction of vegetation going on now contributes to this deficiency and pollution. 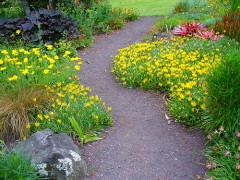 Now that we know some facts, it is beneficial to walk in areas with a lot of greenery or vegetation, such as fields and gardens, especially when you do it with deep breathing to ventilate your lungs. The fresh air being rich in oxygen, purifies the blood and the body and fills the mind with happy thoughts.
Recommendations:
(1) Try to always breathe through your nose. The hair in your nose filters out fine dust particles in the air. Also the air warms up when it passes through the nose, which has a beneficial effect in the lungs.
(2) Try to always take deep breaths; So carbon dioxide is eliminated properly and toxins don’t build up in the body.
(3) While sleeping do not cover the face.
(4) During the winter time cover yourself with warm coverings to protect yourself from the cold, but let windows open.