Sipping into a rich turkey broth, filled with turkey meat and aromatic veggies – is a soul-satisfying experience which words can’t describe. A bowl of turkey and veggie soup will help you shed off all the exhaustion after a busy day.

This turkey soup is a great away to use up any leftover animal carcass to brew the rich, flavorsome broth; your refrigerator will be cleaned up too! Pull off any meat that clings to the bones and wrap them up for later use while you use up the bones for the stock. As long as you are willing to go through this tedious job of deboning the meat and simmering the broth, you’ll be rewarded with an amazingly economical and protein-dense soup that can dispel any exhaustion.

Apart from being enriched with protein, the soup receives a healthy dose of nutrients from the parsnips, carrot and leeks. While the leeks will entice your senses with its subtle aroma, the peppery flavor of parsnips adds a hint of robustness to the broth without overpowering its savoriness. You may also throw in fresh corn kernels, rice or barley to make it heartier.

Overall, it’s so delicious that you would love to be stuck there for days! 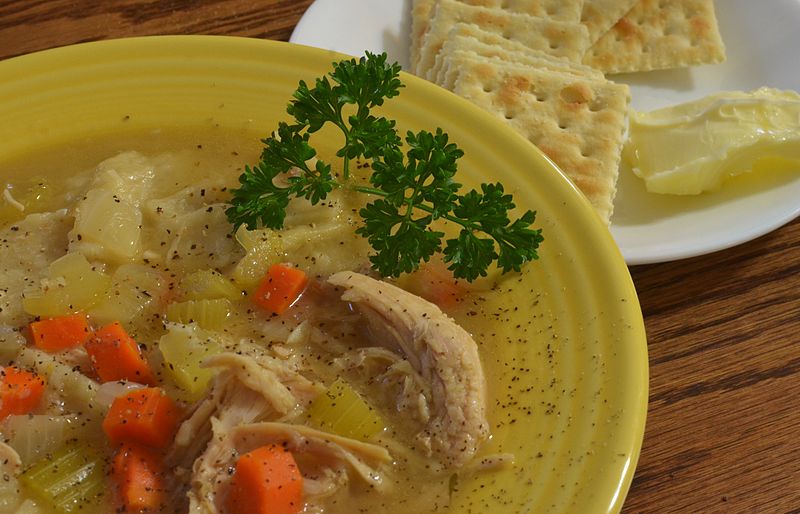